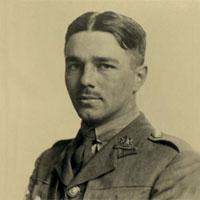 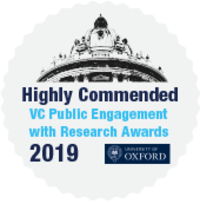 Welcome to #OwenLastDays, a project led by the Faculty of English Language and Literature on the last days of the First World War Poet Wilfred Owen that ran in October and November 2018. To note this event we launched a major social media outreach campaign focused on Wilfred Owen’s legacy on the lead up to the 100th anniversary of his death on 4th November 2018. Widely regarded as one of the most important British poets of the First World War, Owen has been studied, read, and enjoyed by generations of students. His poems such as ‘Dulce et Decorum est’ and ‘Strange Meeting’ have helped to shape (rightly or wrongly) many perceptions of the War. You can see all the tweets we posted by going to @ww1lit or using #OwenLastDays or going directly to: Tweets Posted and Resources Highlighted

The campaign ran from 22nd October and 4th November 2018, and recorded Owen’s movements and activities during the last two weeks of his life before the battle of the Sambre-Oise Canal. Our tweets included links to online study and learning resources and items of interest that the University of Oxford makes publicly available, including poem manuscript drafts, recorded lectures and podcasts, and new reflective writing from experts in the field concerning Owen’s death and his continued and changing legacy. The campaign particularly was aimed at schools and school-age students, given the appearance of Wilfred Owen’s poetry on many GCSE and A-level courses, and the wealth of online resources that the University of Oxford makes available for wider educational use. We also ran a national competition for schools to design a poster or record a peformance in reaction to Owen's Legacy. We have also tweeted the results of these. We would like to thank both Penguin Books and Cambridge University Press for supporting the competition.

For more information on the competition or project contact: ww1collections@it.ox.ac.uk

See the original tweets on Twitter: @ww1lit #OwenLastDays or go to Tweets Posted and Resources Highlighted